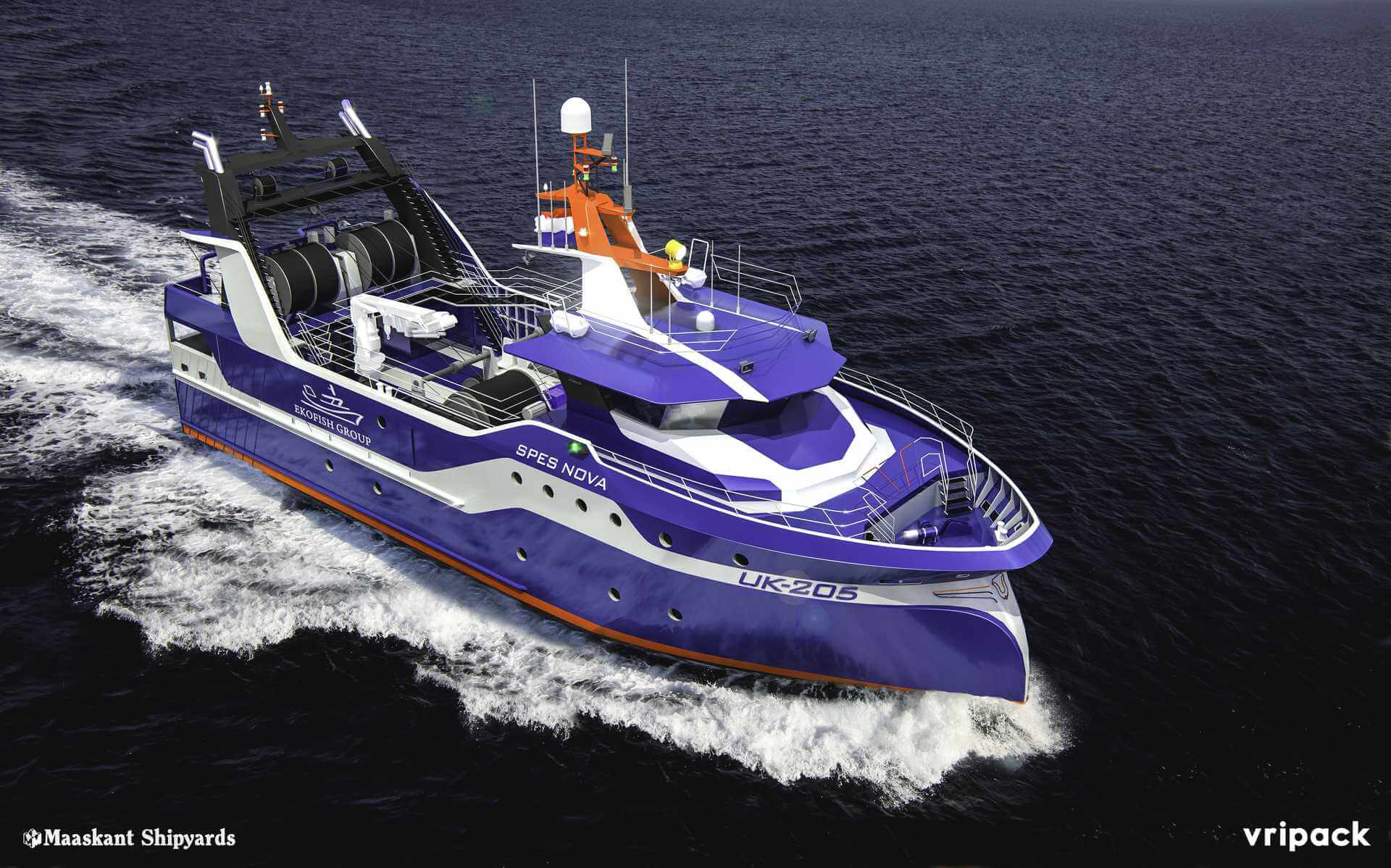 Pon companies on board the Netherlands’ most sustainable fishing boat

Ekofish Group, a family firm from the fishing village of Urk that focuses on sustainable fishery, has set the goal of building the most sustainable fishing boat possible. In order to realise that goal, the company has selected both Pon Power and EST-Floattech as suppliers.

The UK205 ‘Spes Nova’, a twin rigger/flyshooter currently under construction by Maaskant Stellendam, was developed in collaboration with Vripack Naval Architects. The vessel will be fitted with three identical diesel-electric Caterpillar generator sets, coupled to a power management system with a lithium battery set-up.

An intelligent energy regeneration system has also been developed for functions such as unspooling the winches when setting out nets. The ship is entirely emissions-free, both when stationary in the harbour or underway at sea due to the battery capacity on board of the vessel. Its combination of features makes it the most powerful, efficient, and sustainable vessel of its class. The Spes Nova is scheduled for delivery in early 2019.

Starting from scratchLouwe de Boer, owner of Ekofish, explains: “This ship was different right from the first drafts. The ship will have to work for the next 20 years, use as little energy as possible, and be as safe as possible for the crew.

At the moment, we’re still burning a half litre of fuel per kilo of fish caught, and we have to bring that down to a maximum of 0.3 litres. To reach that goal, we deliberately chose not to chart a course with the same old ship- or trawler architects. So we started from scratch. That’s why we asked yacht designer Vripack Naval Architects to provide the design, and we approached Pon Power for the generator sets and EST-Floattech for their energy storage solutions.”

Noud Seegers, Account Manager at Pon Power, adds: “Ekofish asked us to help them build the most sustainable vessel possible. At Pon Power and Caterpillar, we lead the way in making fishery more sustainable, so we thought it would be a good challenge to take on with our sister company, battery builder EST-Floattech.”

Noud Seegers continues: “We looked at several options for the power supply in the early stages of the process. We eventually chose for three identical C18 generator sets with a capacity of 565 EKW at 60Hz, plus a C4.4 ACERT harbour set providing 99 EKW at 50Hz. We then coupled this fully parallel installation to a power management system with batteries, which offers several advantages. For example, the skipper can start with a different generator set each week. Whenever he needs more power, then he can call on a second or third generator set. And when the vessel falls under a certain load factor, then one of the generator sets will shut off automatically.

All in all, it’s a smart system that allows us to make the optimal use of the generator sets, in combination with the batteries. That means each individual engine has fewer running hours per year, which is maintenance-friendly and helps cut costs. But it also helps conserve fuel. We don’t have any influence on the price of fuel, but we do have a say in how much we burn!” 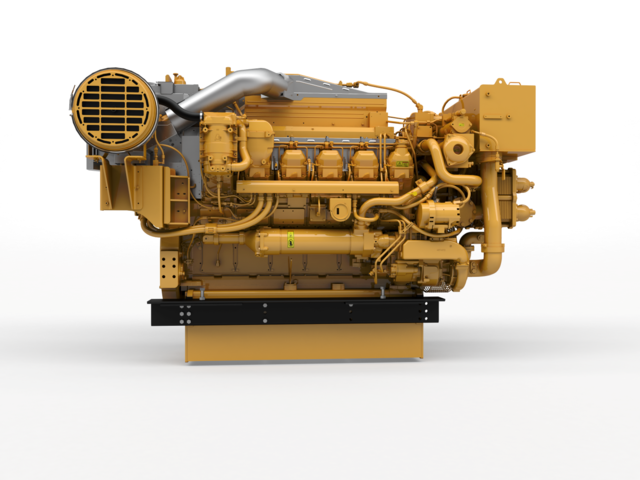 The next generation 3500E series engines

Your Cat dealer for Norway and The Netherlands