- AN ENVIRONMENTAL INVESTMENT FROM PON EQUIPMENT AS

We only sell the Z-line machines to norwegian customers.

THE ELECTRIFICATION OF NORWAY

Electricity in Norway is largely renewable and emission-free; it comes mainly from water and wind. Our electricity is also a highly efficient energy carrier - almost all energy goes where it should. If we can replace more of our fossil fuel consumption with electricity, we will cut greenhouse gas emissions and ensure more efficient energy use. Both are necessary for Norway to meet the climate goals by 2030. These are figures that come from the "Electrification of Norway". They also envisage that by 2030, requirements in public procurement will shift from fossil to renewable heat, and speed up the transition to electric machines. If we look at 2040, Electrification of Norway envisages a combination of support schemes and bans allowing large parts of the sector to be electrified.

The starting point is a standard Cat digger where everything that has to do with diesel operation is replaced with electrical components such as the engine and lithium batteries. Parts of the counterweight have been removed corresponding to what the heavy batteries make up, so that the machine maintains the same weight and stability as a standard machine. Thus, the Z-line model looks almost the same as a standard machine on the outside, with the exception of the exhaust pipe which has now been removed.

All machines will be able to work for 5-7 hours between each charge. One hour of charging provides one hour of work if you use a 63A 400 VAC. The connection to the machine takes place on the right side of the machine where a Marechal type connector is used. This is then connected to a standard building power box via an adapter cable with a standard red connector. (IEC 60309)

Because the excavators are electrically powered, only the sound of metal against earth and stone is heard. Engine noise is virtually gone and vibrations are minimal. What makes a big difference is that as soon as you release the levers, the electric machine stops consuming energy in contrast to the diesel machine which still uses fuel at idle. The cabin is heated by electric heating and the hydraulic system. The Cat model is packed with factory-fitted Cat technology that helps reduce emissions.

310 Z-Line is a further developed Cat 310 excavator of 11.9 tons. The machines have identical performance as the standard version (Cat 310) in terms of delivered oil quantity and engine power. The cabin is also not changed except for an additional screen which at all times provides the driver with information from the electric driveline. The machines naturally have neither exhaust pipes nor air filters. 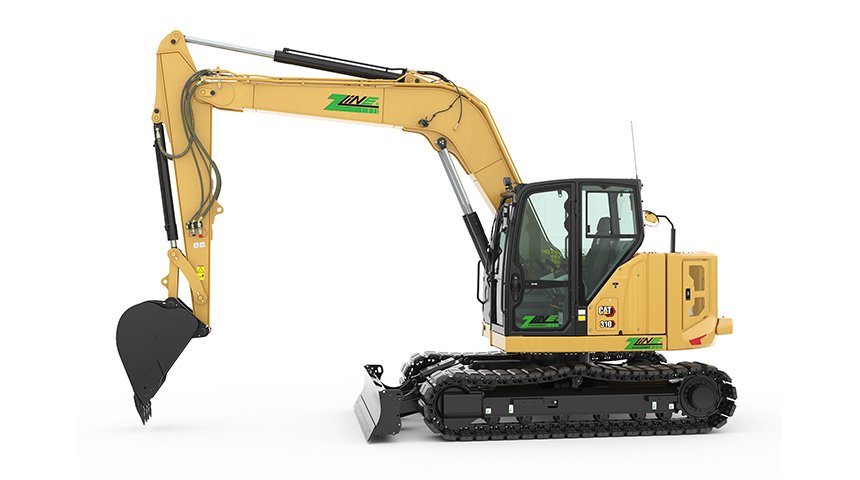 The Cat 320 Z-Line is a 25-tonne machine developed from the NextGen series crawler excavators from Caterpillar. Cat 320 Z-line is a typical all-round machine used for loading trucks, digging and leveling on small and large facilities. Breaking forces are the same as on the diesel drive 320. As with the diesel machine, the machine has a digging bucket of 1,150 liters and can be used with a tilt. 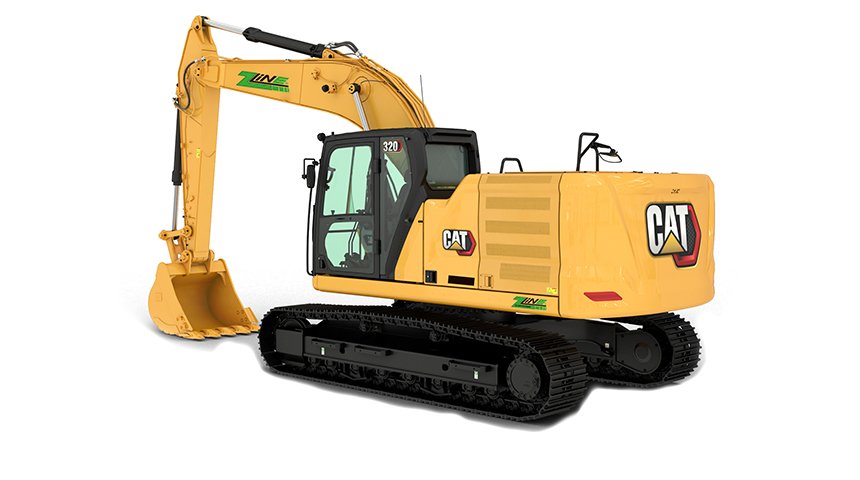 Curious about the more technical aspects of the machines?

Pon Equipment AS developed in 2018, together with Caterpillar, the world's first rechargeable electric 26-ton excavator, Cat 323F Z-line. The name consists of the Z which stands for Zero, for 0 emissions and "line" is the series of zero-emission machines from Pon. As an example, it can be mentioned that the first Z-line model, Cat 323F Z-line, which has now been discontinued, alone saved 52 tonnes of CO2 in annual emissions. This meets requirements from builders for fossil-free construction sites. In addition, tunnel work, where ventilation often accounts for two thirds of the energy consumption for the project, is a very suitable area of ​​use for these machines. 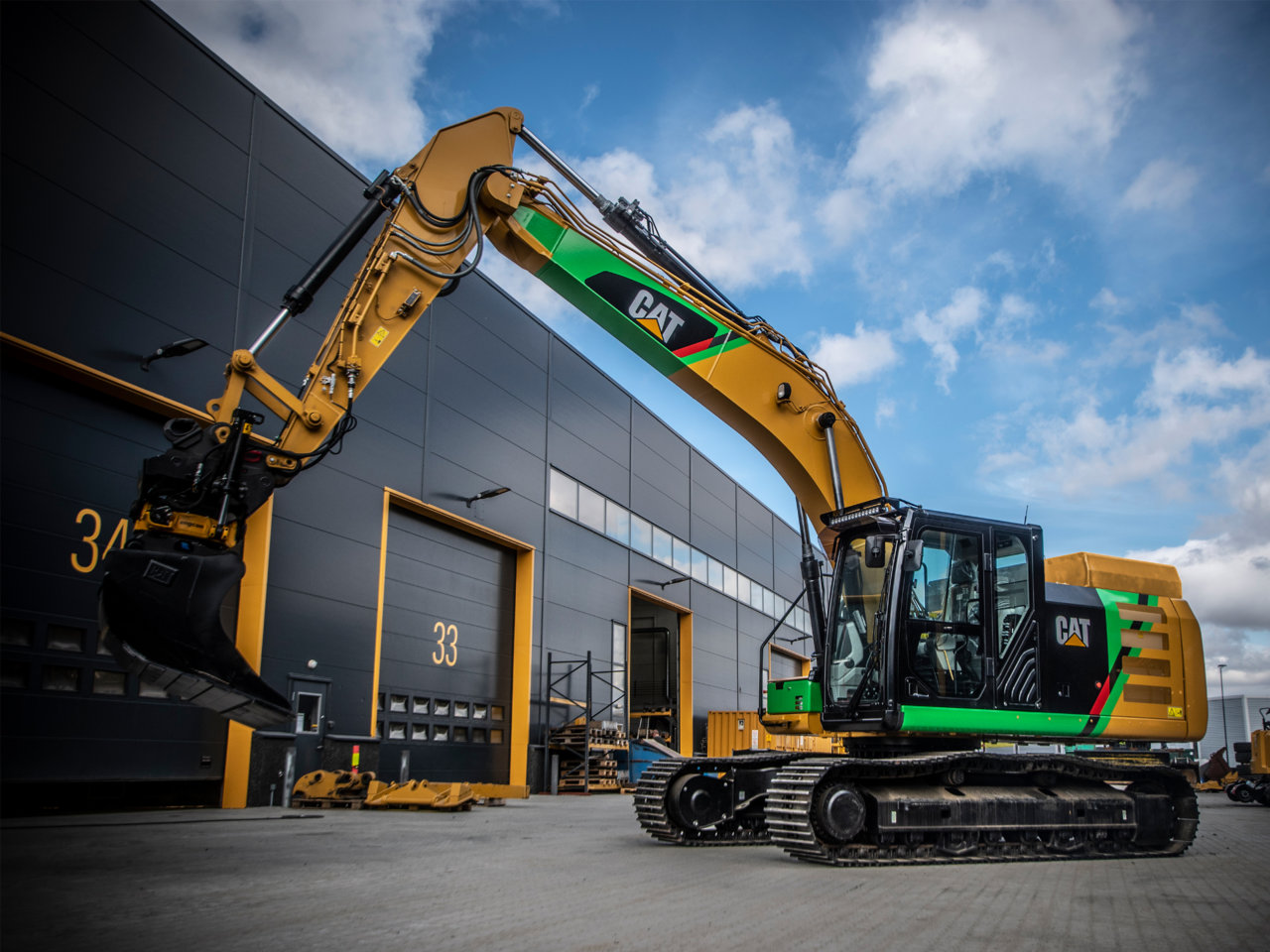 Stay up to date

Please enter your contact information to stay up to date on the lates news and offerings from us.
Please note that the newsletter is in Norwegian. 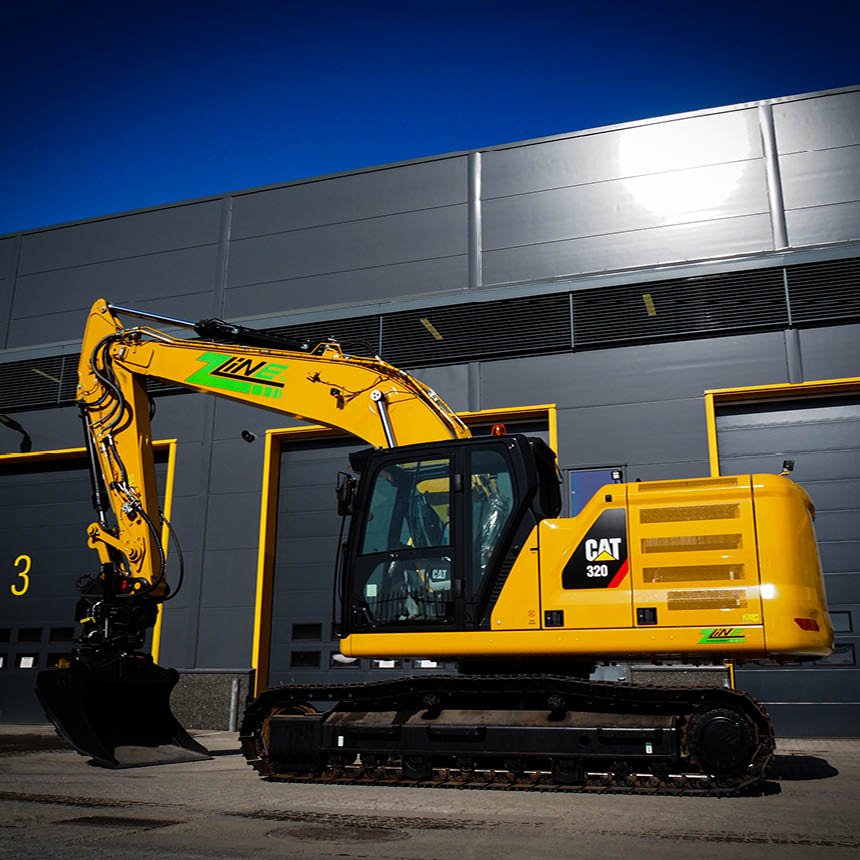 Send us an e-mail

Fill in the form below and I will contact you as soon as possible.